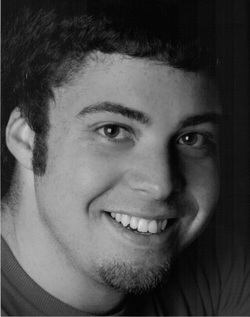 Anthony S. Brooks has become well known for his clean, crisp, and unique designs.  He has worked with professional groups such as Michael Minery's "Tapoholics"(Dance company out of New York), "Beatle Mania"(A Beatles tribute group), and Maynard Ferguson(Professional Trumpet Player).  Anthony is not limited to stage design; he also specializes in wedding and event planning.  He has designed several weddings receiving complements from faminy and guests.  When not designing, Mr. Brooks can be found behind a piano either playing for wedding ceremonies, pit orchestra or music directing a stage musical.  Anthony's upbeat personality and "can do" attitude makes him an asset to any occasion.

Anthony has also performed locally and internationally with the Grammy award winning Conservatory Choir at Shenandoah University. The choir has performed in venues such as The Kennedy Center in Washington, DC, and The Music Center at Strathmore in Bethesda, MD. While in France with the choir, he performed in great cathedrals including the Notre Dame in Paris France.  He also had the chance to sing in several cities of Japan and Hawaii while on tour with the Shenandoah Singers.

*Complete Biography and Resume upon request.